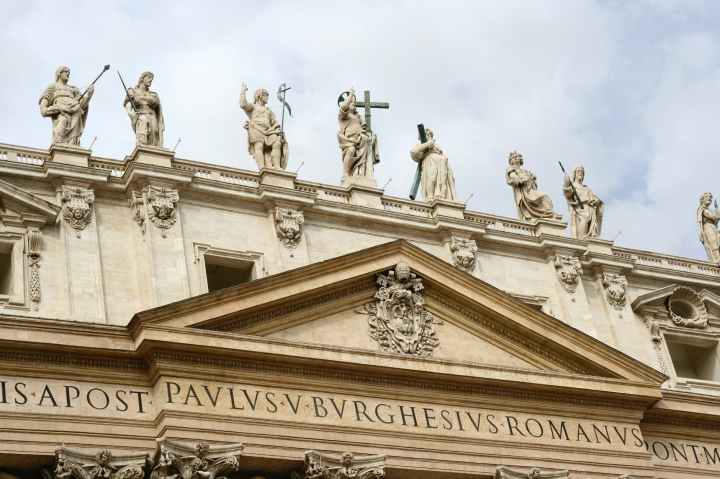 The Church of the Corinthians doesn’t have a great reputation throughout the first century.  From what we can gather through scripture, Corinth seemed to have more downs than ups.  Paul’s letter to the Corinthians is not his happiest letter…  He chastises them for many things including sexual immorality, lawsuits, food offered to idols, and rivalry/factions in the community.  Their early Christian community seemed to struggle quite a bit through its adolescent awkwardness.  If Corinth has any consolation, at least Paul didn’t call them stupid like the Galatians (Gal 3:1).

These issues, particularly the factions, continued late into the first century during the time of St. Clement I.  St. Clement was one of the first bishops of Rome in the first century who personally knew Saints Peter and Paul.  We have one remaining letter written by him: a letter addressed to the Christian Church in Corinth.  This letter was held in high regard in the early Church, so much so that a few communities considered it to be a part of the Canon.  The purpose of the letter was to admonish, exhort, and correct the issues that still remained in the Church of Corinth.

Clement directly addresses rivalry issues within the Christian community that led to the removal of multiple presbyters (priests).  His concern is not that these men were removed, but rather, that these men may have been removed from their positions unjustly.  “But you, we observe, have removed a number of people, despite their good conduct, from a ministry they have fulfilled with honor and integrity.  Your contention and rivalry, brothers, thus touches matters that bear on our salvation” (Clement I).  Clement takes this matter extremely seriously as should we in this time of trial in our Church today.

Bishop Richard Stika posed a question in his homily today: “What would St. Paul write in his letter to the universal Church today?”  It is in this vein that we look to St. Clement, one of Paul’s closest disciples, for a response from the Church Fathers.  It is not my intention here to share my opinion or to say what should or should not be done; rather, my purpose is to show how those closest (in time) to Christ navigated troubled times such as these.

It is first important to establish that the Church is a holy, eternal institution of Jesus Christ.  We have been promised by our Lord that “the gates of the netherworld shall not prevail against [the Church]” (Mt 16:18).  We have been promised by Jesus that Satan will never overcome the Church no matter how great the trial.  This Church that we belong to is not the Church of Bishop A, the Church of Cardinal B, or the Church of Pope X, Y, or Z.  It is the Church of Jesus Christ, the true Body of Christ established here on Earth.  For this reason, St. Clement remarks that any time factions arise within the Body of Christ (as happened in Corinth), it is a matter “that bear[s] on our salvation.” (For more on the eternal integrity of the Church click here)

It has been brought to light, now more than ever, that there are priests and bishops within the Church who have served their position poorly, to say the least.  The reports are not unheard of in recent history, however, the magnitude is unprecedented.  The dark sin that has infiltrated the Church “has led many astray; it has made many despair; has made may doubt; and it has distressed us all” (Clement I).  St. Clement warns us here to tread carefully “for we shall be guilty of no slight sin if we eject from the episcopate men who have offered the sacrifices with innocence and holiness.”

It is at this time, through the example of St. Clement that we are required to act.  We are required to act on behalf of the Church of Jesus Christ and its holy priests and bishops.  We must pray for and protect those men who “have offered the sacrifices with innocence and holiness.”  The abuses and sin within the clergy are inexcusable and unacceptable, but they do not reflect the clergy as a whole.  The overwhelming majority of current bishops and priests “have ministered to Christ’s flock faultlessly, humbly, and quietly” (Clement I).  It is these men, and those currently in seminary, who will lead the Church in the years to come.  Therefore, it is our responsibility to pray for and protect these holy men for the sake of the Church to come because, as the gospel says today “Master, to whom shall we go?  You have the words of eternal life” (Jn 6:68).

To answer Bishop Stika’s question from earlier today: St. Clement would exhort us to pray and protect our holy priests for “it is disgraceful, exceedingly disgraceful, and unworthy of [our] Christian upbringing to have it reported that because of one or two [more than two] individuals, the solid and ancient Corinthian Church is in revolt against its presbyters…”

“You, Master, gave them imperial power through your majestic and indescribable might, so that we, recognizing it was you who gave them the glory and honor, might submit to them, and in no way oppose your will.  Grant them, Lord, health, peace, harmony, and stability, so that they may find no offense in administering the government you have given them. For it is you, Master, the heavenly King of eternity, who give the sons of men glory and honor and authority over the earth’s people.  Direct their plans, O Lord, in accord with what is good and pleasing to you, so that they may administer the authority you have given them, with peace, considerateness, and reverence, an so win your mercy.  We praise you, who alone are able to do this and still better things for us, through the high priest and guardian of our souls, Jesus Christ.  Through him be the glory and the majesty to you now and for all generations and forevermore.  Amen” (Clement I).

St. Clement, pray for us!